Slowly, slowly and then fastly fastly the countryside surrounding our towns is being eaten up by ‘the concrete monster of progress’. Here’s a local example; based on Ordnance Survey 1:25,000 mapping and a variety of sources,  I give you a sketch map  showing  recent and future ‘development’ in the Burton area. 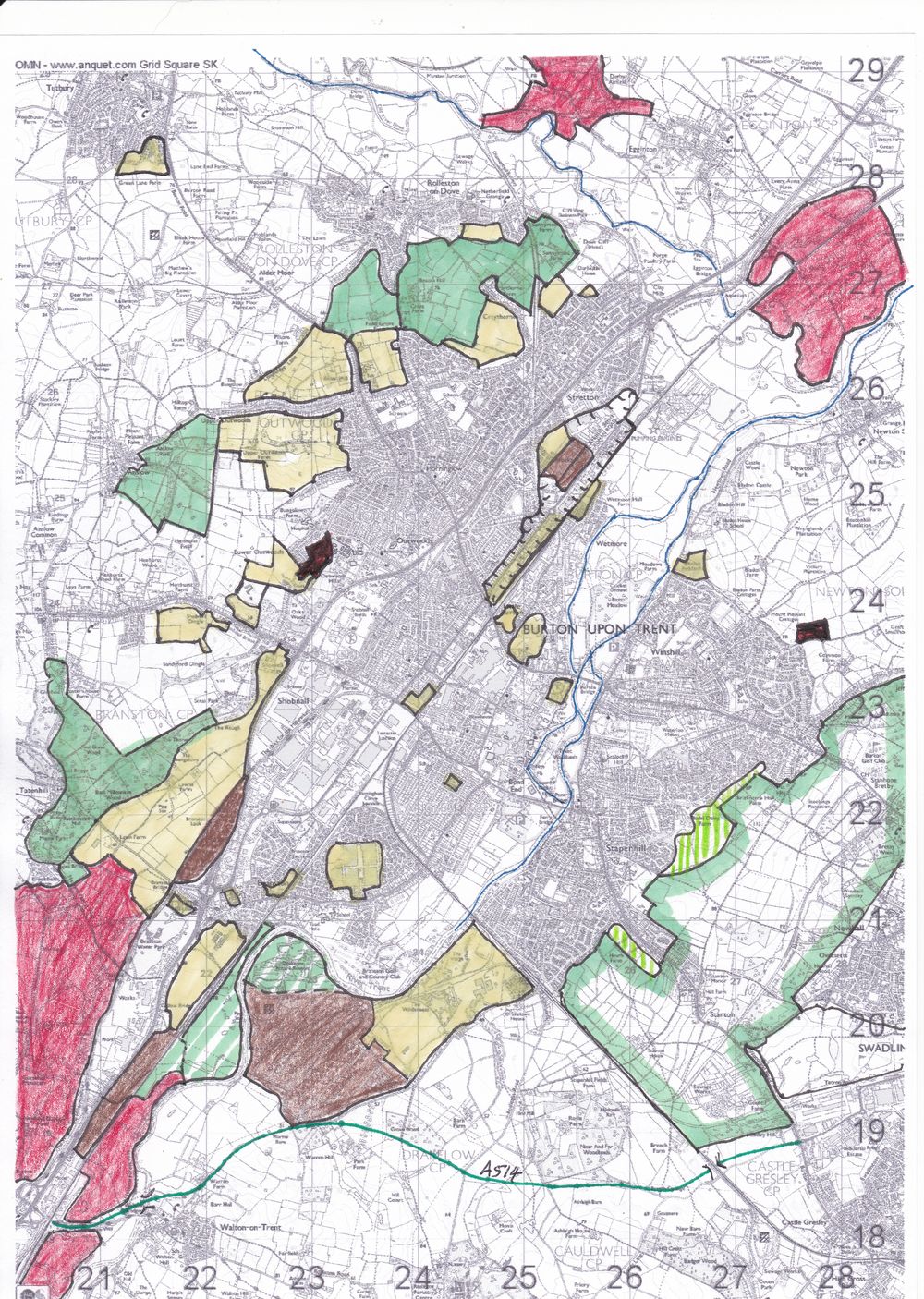 I voted not to leave the EU at the recent referendum. That does not mean that I wish to stay in the EU either.

I was 20 years old when I voted to join the European Economic Community (as it was then) in June 1975. I imagined that, coming from a Labour party voting family, Britain was joining a confederacy or brotherhood of equals, despite The Labour Party having ‘no official position’ on Europe. That referendum, which was strongly felt be unconstitutional by some legal experts, favoured entry to the EEC by 67% of those who turned up at the polling stations (65%).

I joined the Labour Party in 1979. I realised, even at that tender age, the Tories – under Thatcher or not – were determined to undermine and ultimately destroy the social welfare system, including selling off the all the public utilities and lastly the NHS. I was an active member during the 1980s but my scepticism about the Party increased during the following decade. When Blair came to power it seemed the damage done by the Tories in the previous decade might be halted or reversed. Not to be. Blair – or the Blue Mole, as I came to see him – simply did the opposite. Third Way my arse. I left the Party after having been a member for 35 years.

Meanwhile, the EEC had morphed into a continental corporation, dominated by federation junkies, and becoming an ersatz United States of Europe. Britain sat in the corner only partially buying into ‘the dream’. If I had have wanted to be in a ‘united states’, I’d have emigrated to the U.S.A..

Then came along that toad Cameron – the Pontius Pilate of the 21st century. Just when we thought the EU squabbles couldn’t get worse, he made sure they did. He abandoned parliamentary democracy (such as it was), backed the weakened horse, lost his bet, and then simply WALKED AWAY.

When Britain voted by the slimmest of possible margin to leave the EU, this country, as far as I’m concerned, lost what little influence it had and has cast us all into a fire of anarchistic so-called free trade. Britain will walk away from the Frenchies and the Krauts, et all with nothing. No authority on the world diplomatic stage and no economic leverage, no ‘face’. Well done Britain.

Finally, I believe we should not have pursued a future within continental Europe, but certainly should not resorted to a plebiscite. I give Tony Benn the last words:

“If one meets a powerful person – Rupert Murdoch, perhaps, or Joe Stalin or Hitler – one can ask five questions: what power do you have; where did you get it; in whose interests do you exercise it; to whom are you accountable; and, how can we get rid of you? Anyone who cannot answer the last of those questions does not live in a democratic system.”